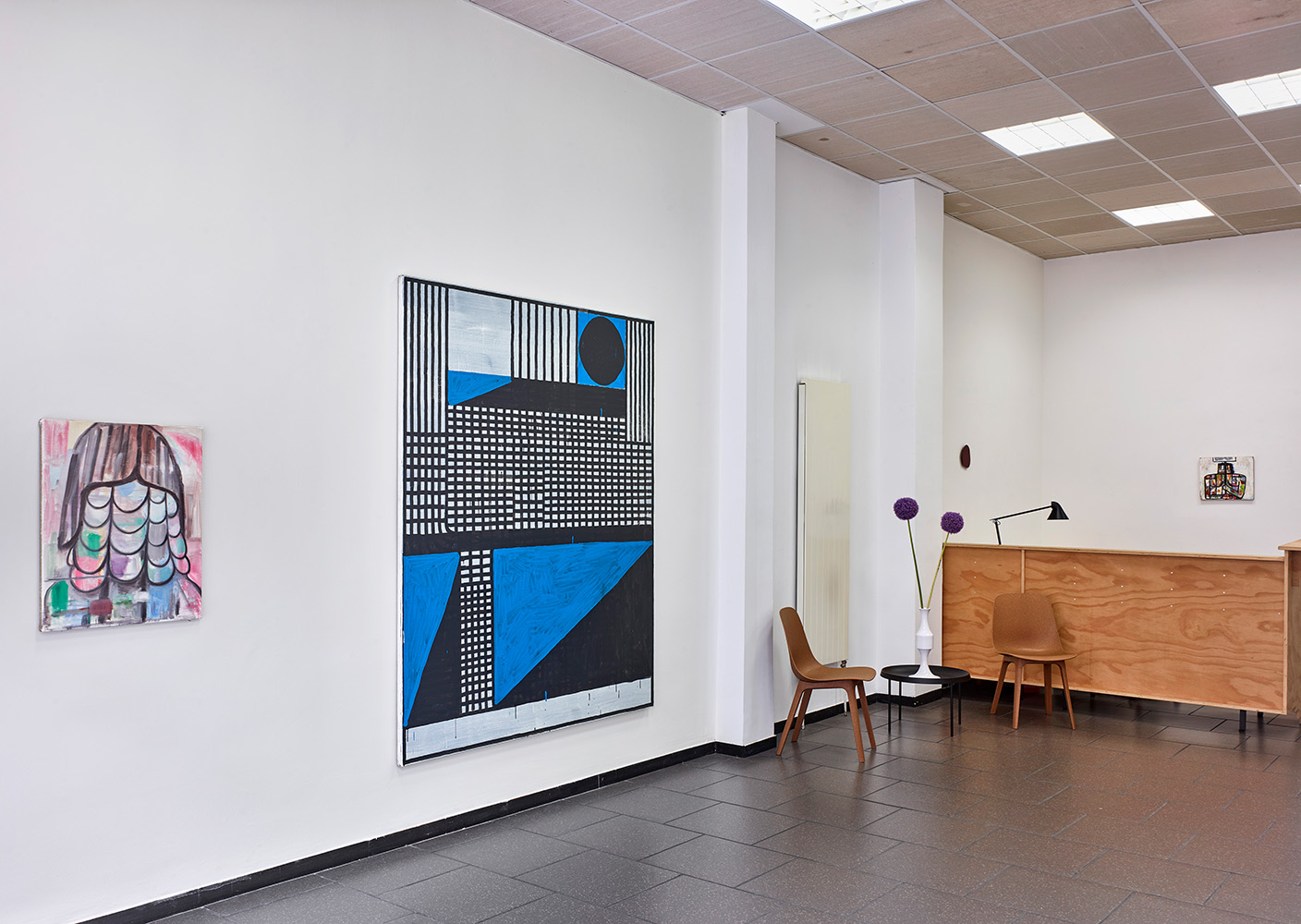 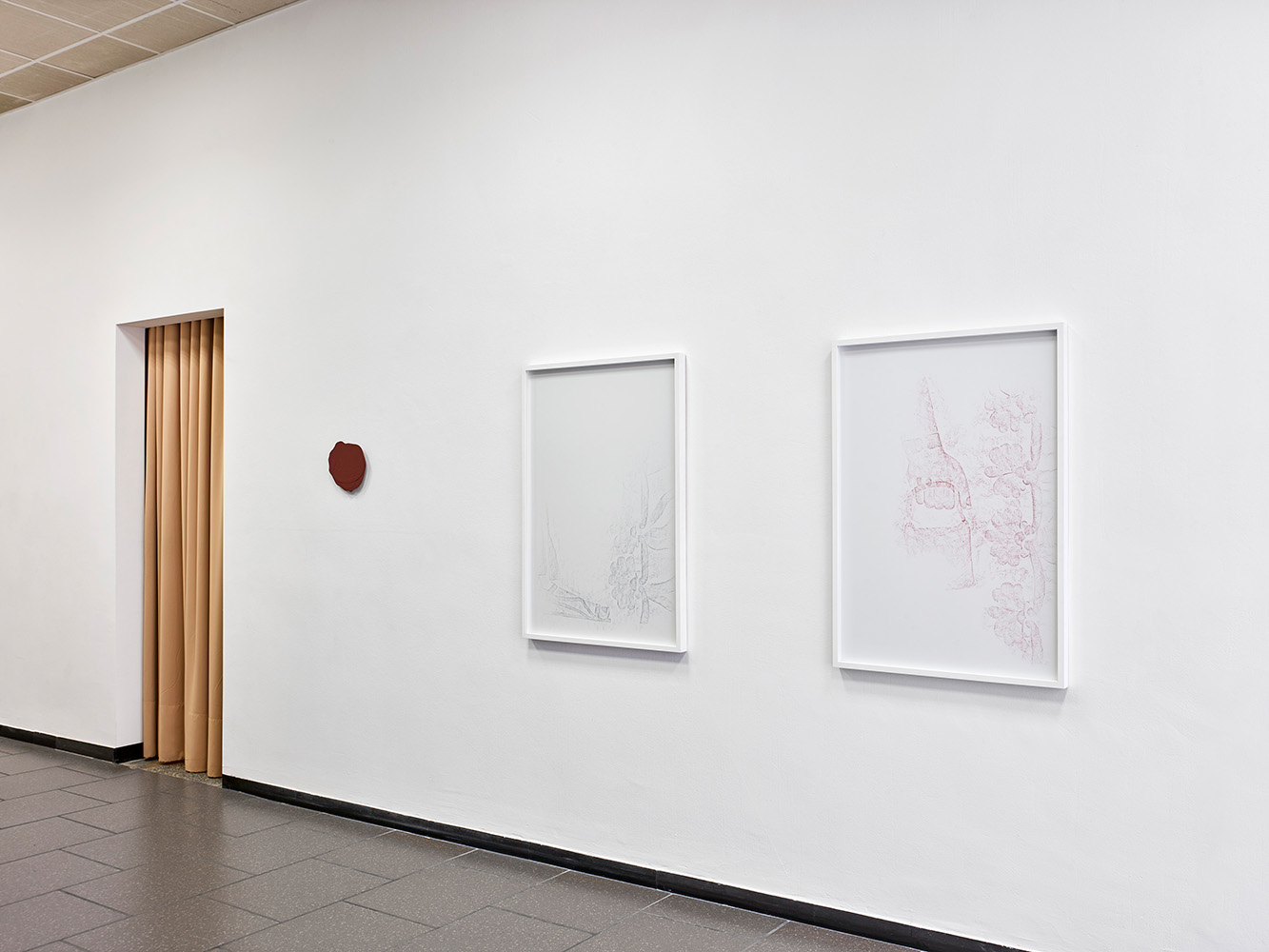 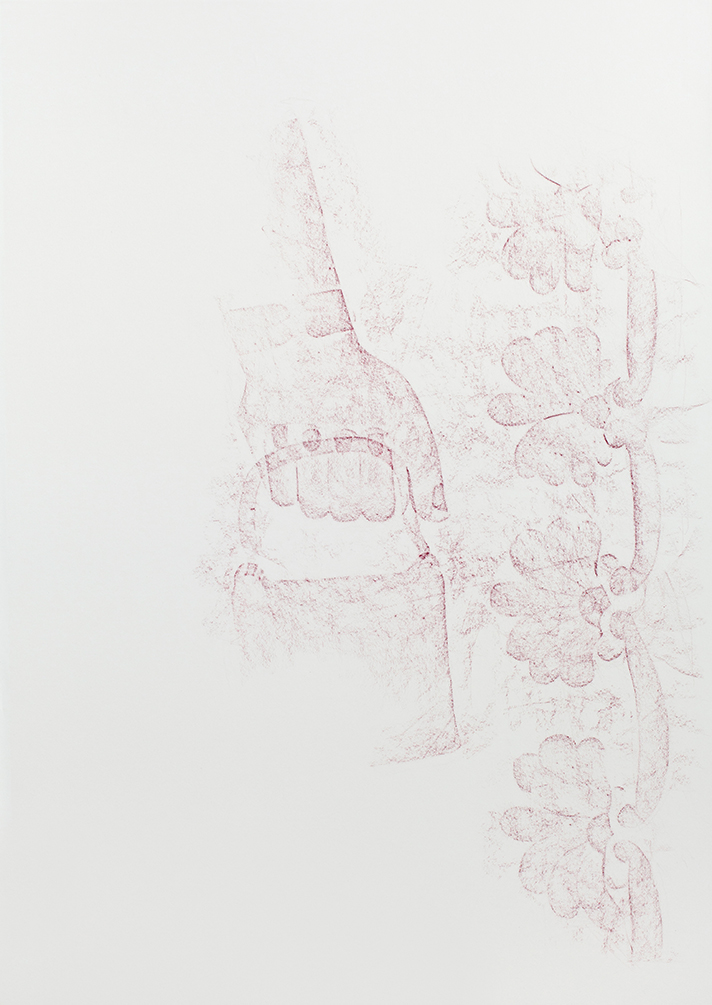 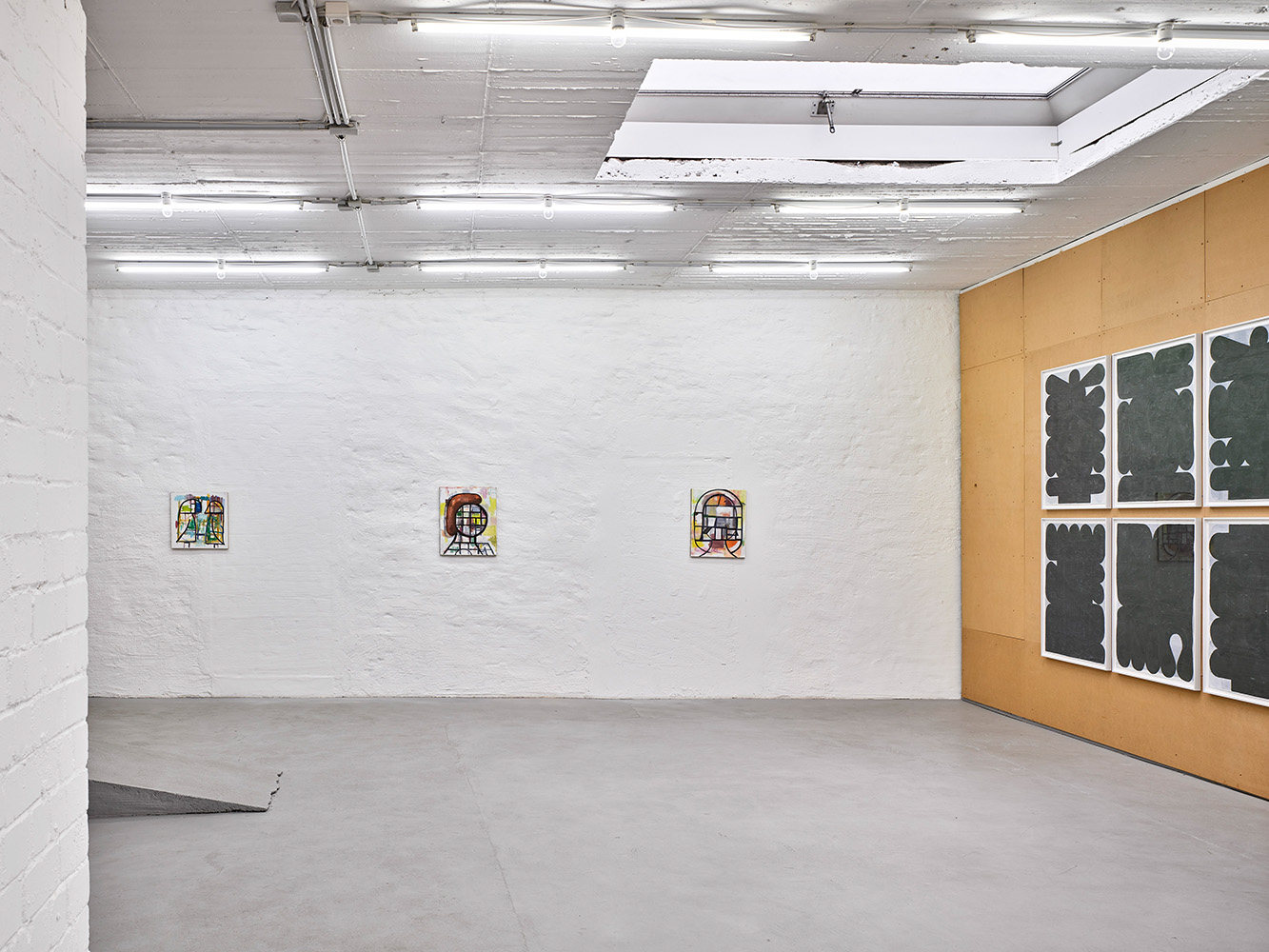 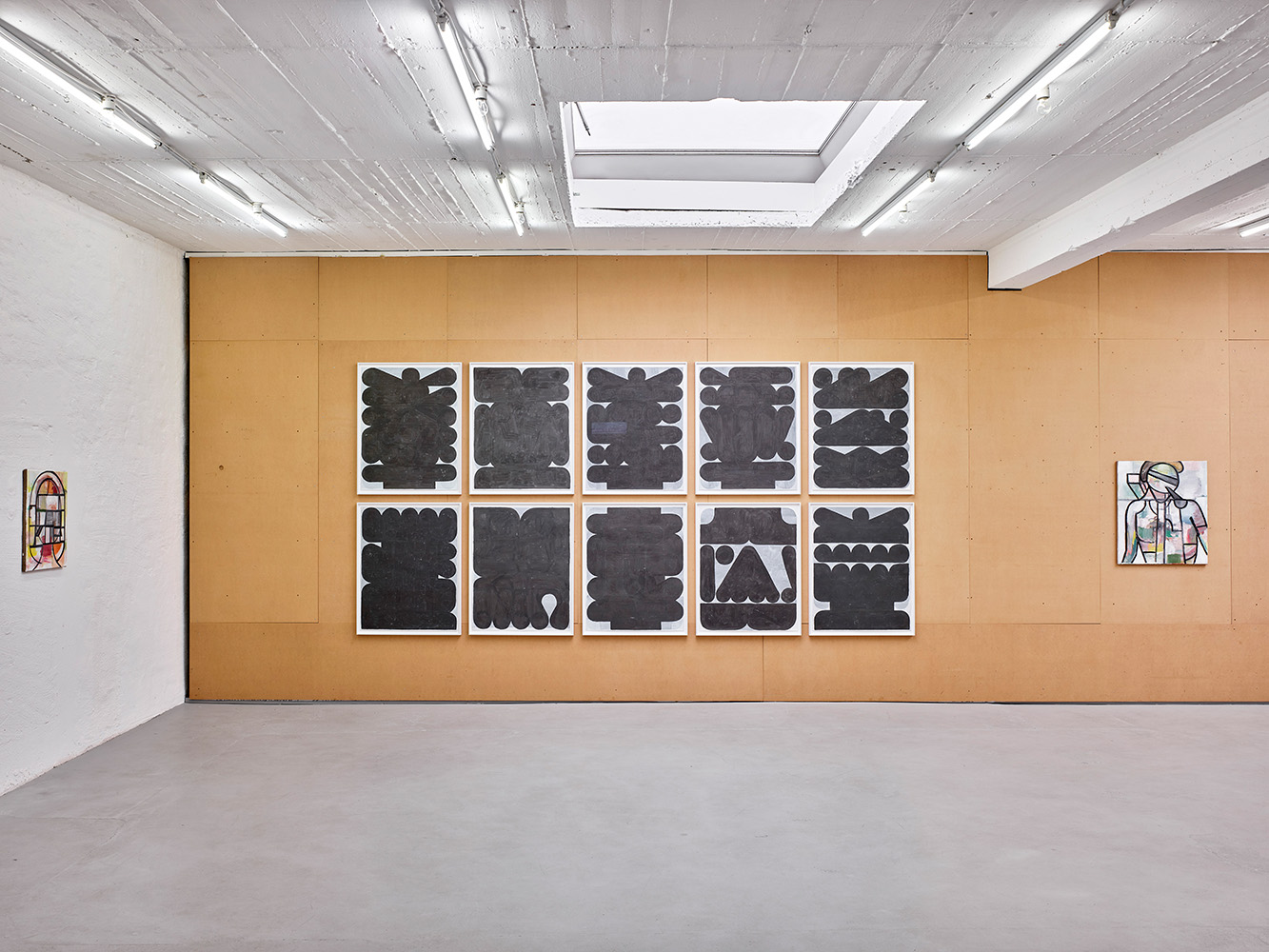 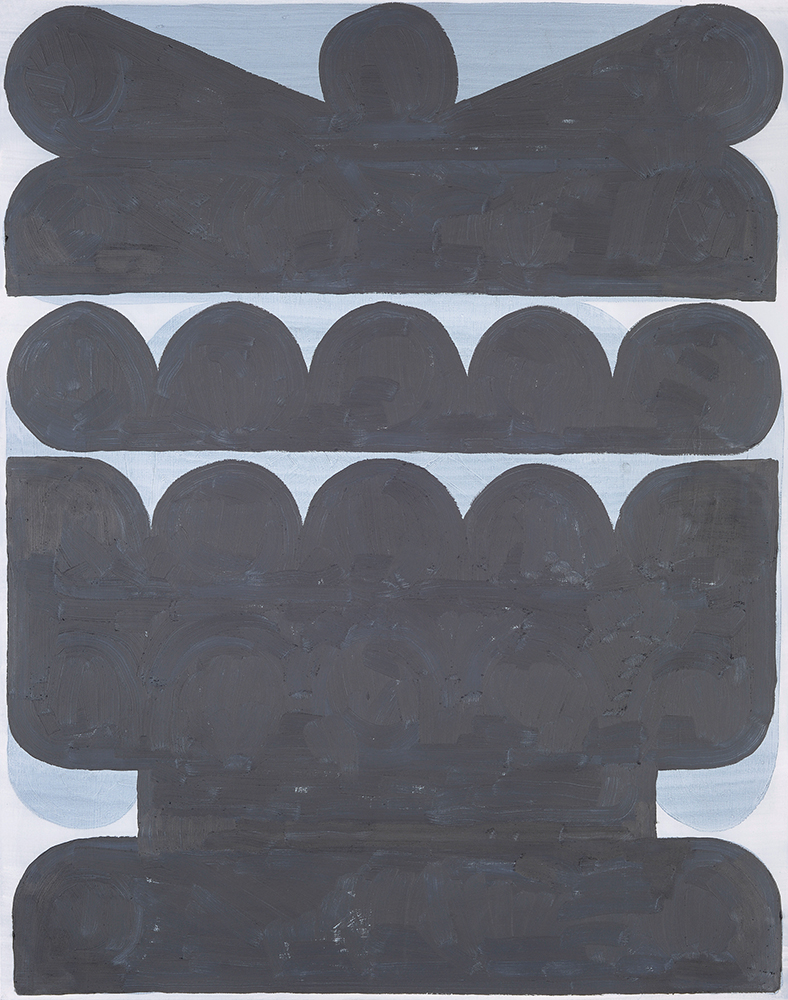 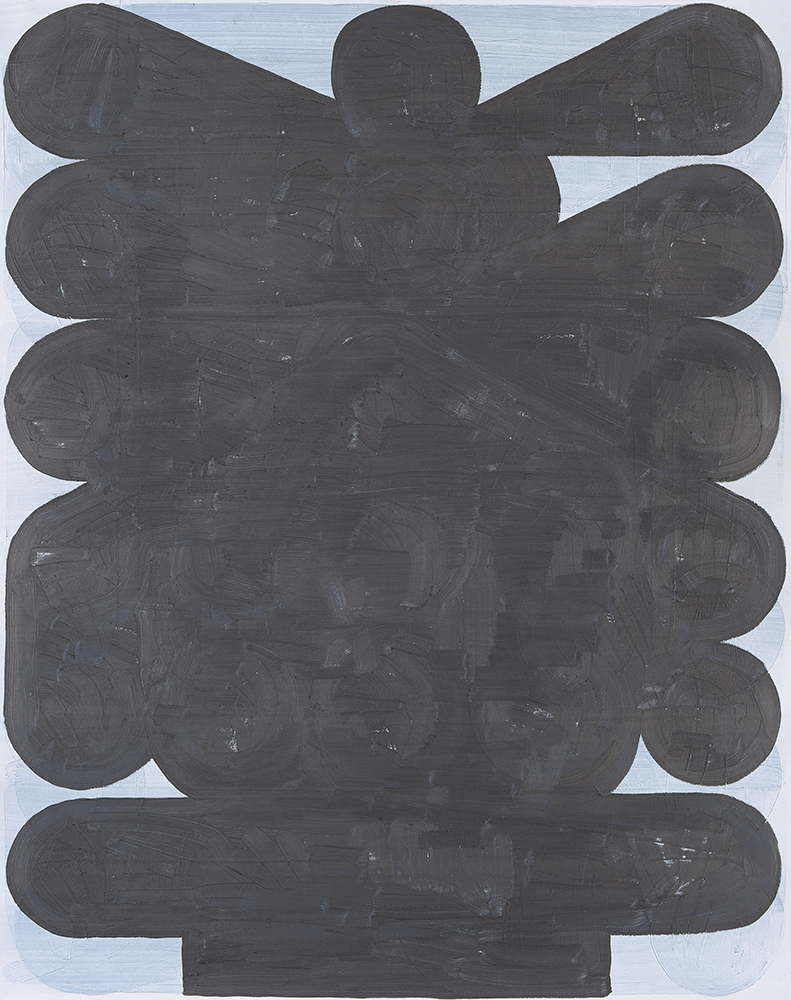 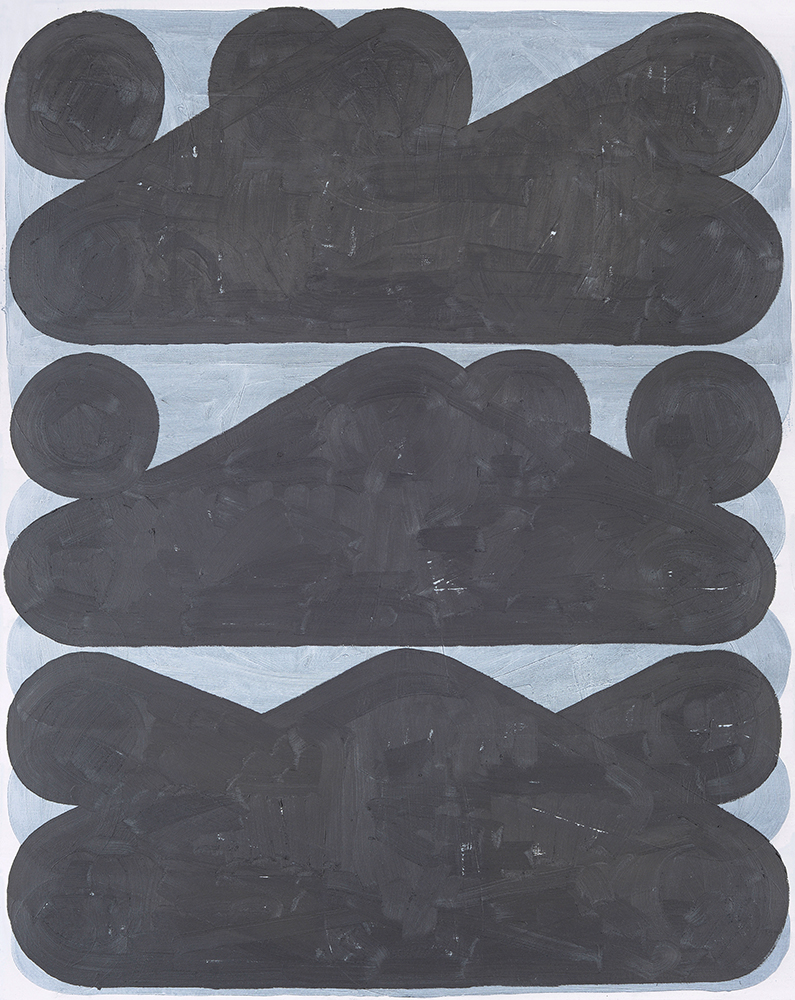 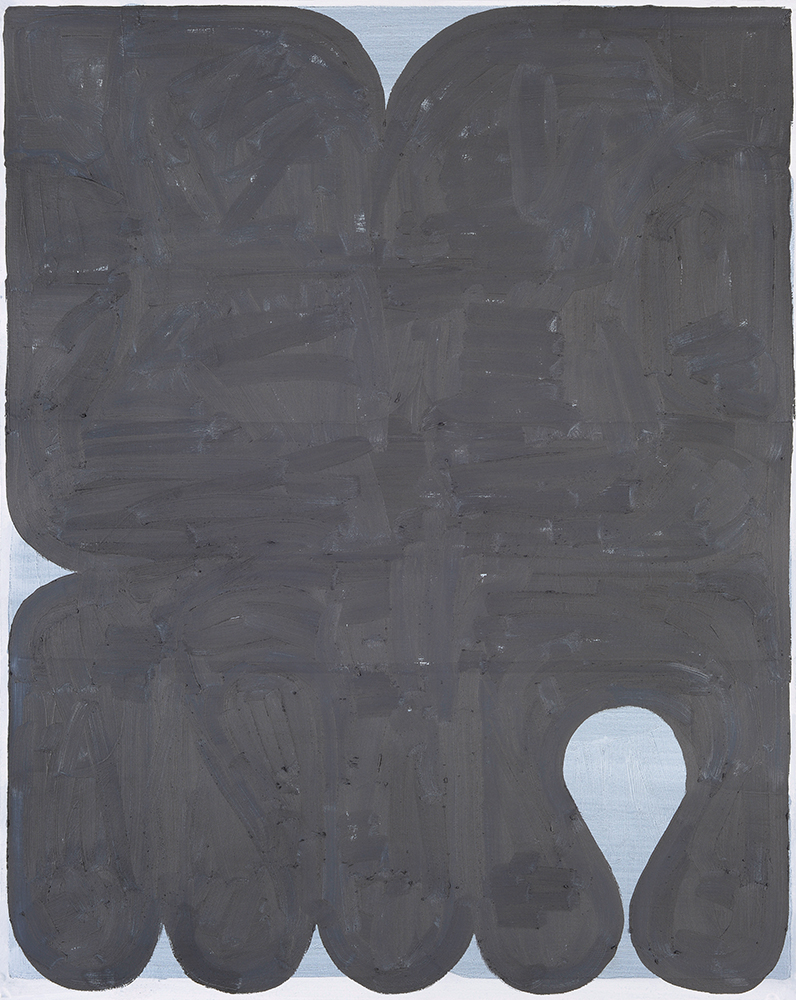 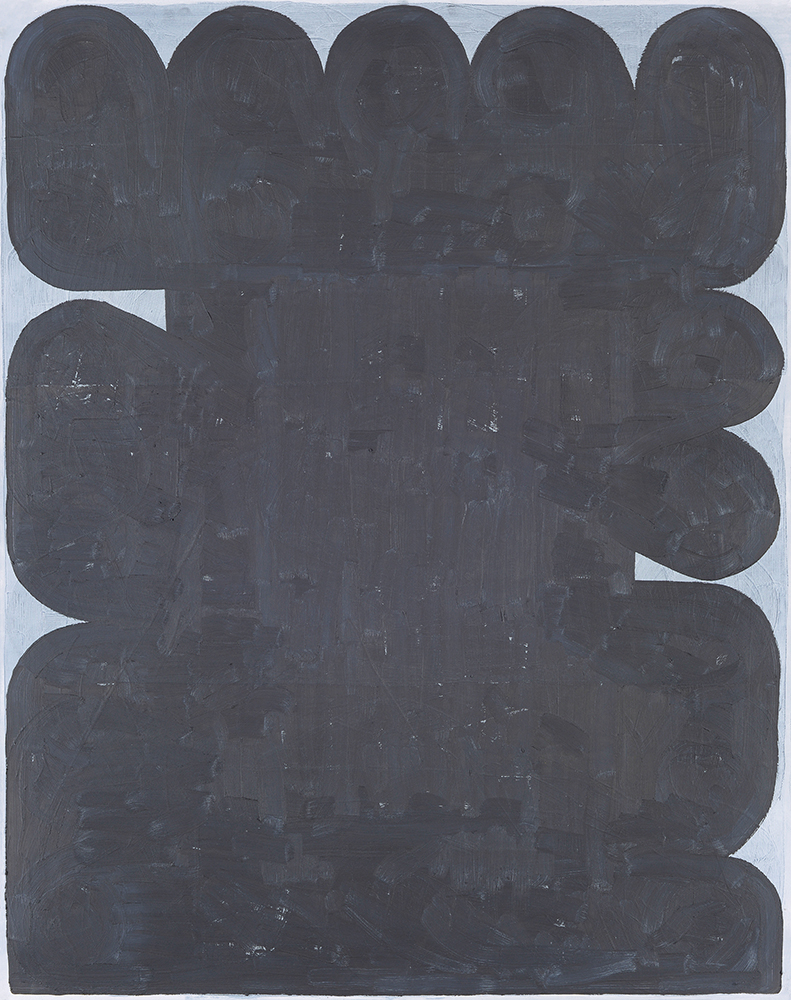 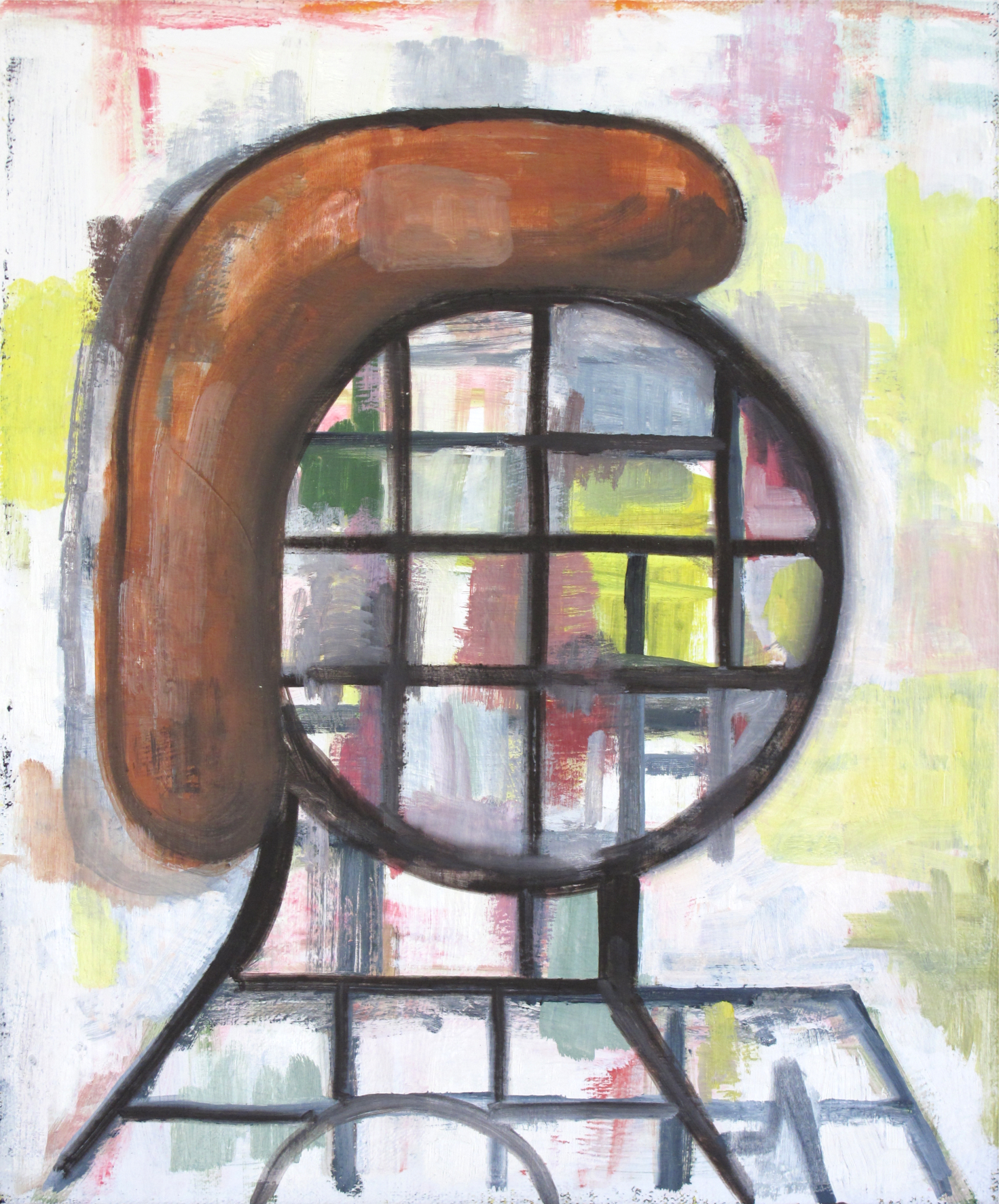 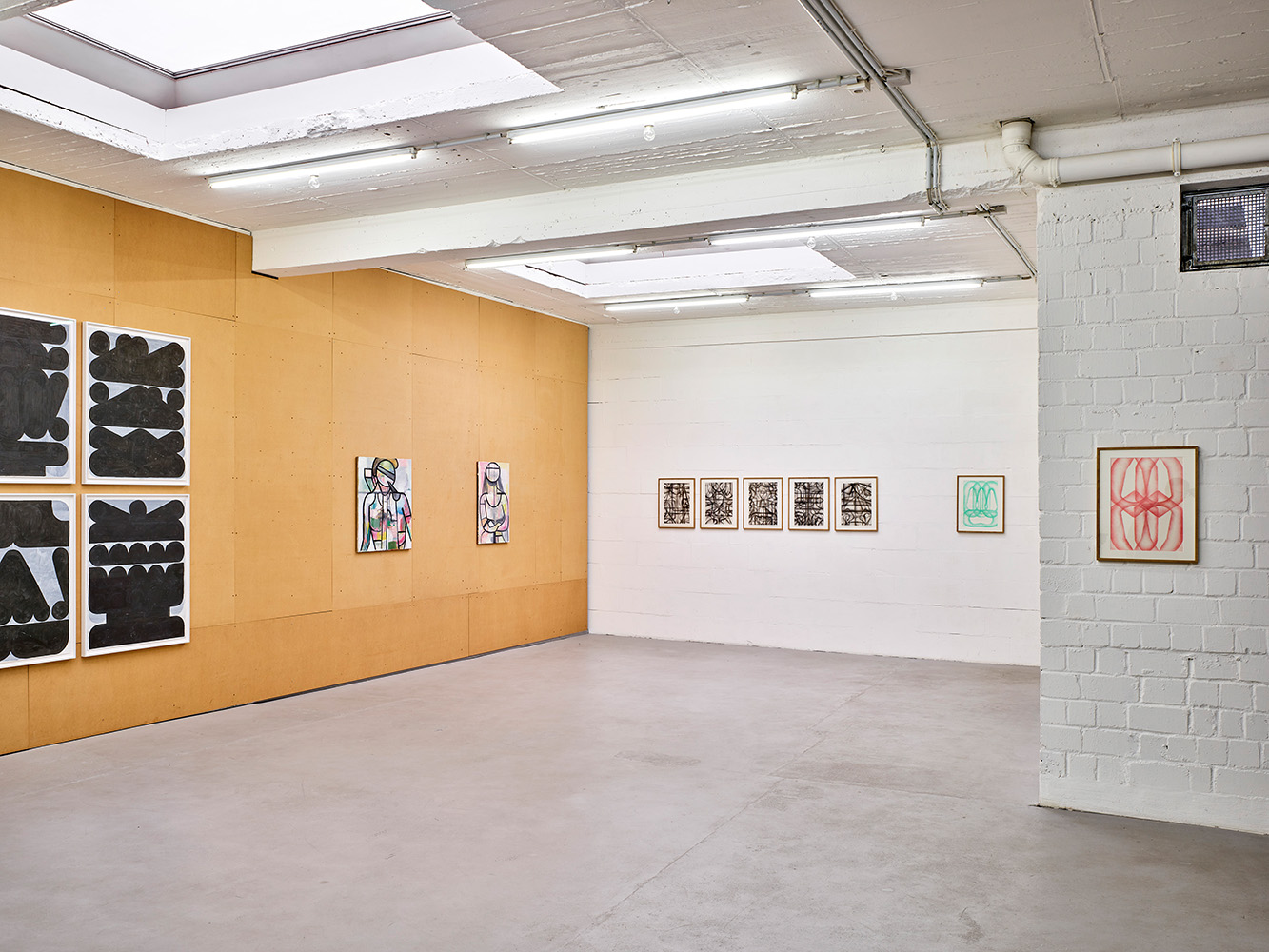 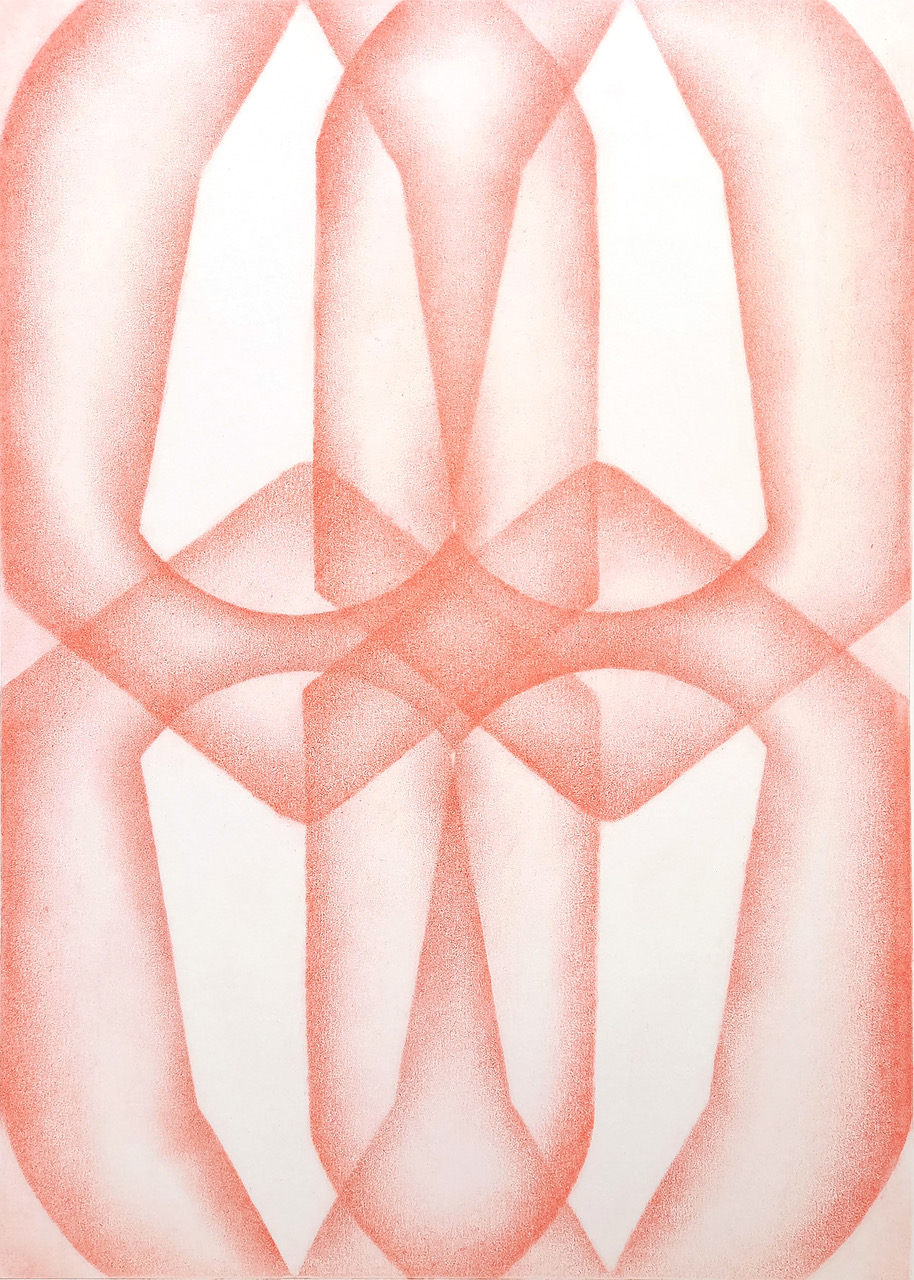 The conceptual approaches of these artists, who all live in Germany or Austria, are as diverse as the techniques used in their works. What they all have in common is a restrained and reduced use of color.

Drawings in pencil or colored pencil attract less attention at first glance due to their lack of intense color, but for many artists they represent the beginning of an idea and thus acquire a high significance. The drawn or painted line fixes outlines, creates frottages, and builds structures, as well as filling entire surfaces, to name just a few aspects of the exhibited works. With the works of these four artists, we present a variety of thematic concepts and shared formal similarities.

In her reduced drawings and objects, Sofie Thorsen (b. 1971, Arhus, DK) explores the role of archives, depots, historical visual materials, and archaeological collections as repositories of our cultural and sociopolitical memory. Created using the frottage technique, the works on paper depict fragments of a destroyed relief.

Theresa Eipeldauer (b. 1984, Vienna, AT) focuses and multiplies the line, giving a suggestion of three-dimensionality. The tube-like elements laid over and under each other evoke connotations of a dynamic labyrinth; contrasts and repetitions create spaces or objects.

Bastian Muhr (b. 1981, Braunschweig, DE) uses soft, geometric, monochrome forms to produce motifs that often have a strong internal structure. They consist of thick lines applied with oil paint and cannot be clearly classified as either figuration or abstraction. Filling the image space, they seem compact and dynamic.

In the paintings of Christoph Lohmann (b. 1967, Remscheid, DE) the viewer can see figures constructed from simple lines. While they resemble sculptural scaffolding, they convey his enjoyment of painting. Lohmann’s titles testify to his sense of humor while playfully experimenting with his position as a painter.

The last weekend in June marks the second time that the gallery is participating in the project “strike — a pose,” which focuses on the interfaces between visual art and fashion.

The unifying element of the four artists already on display—their linear drawings—forges a stylistic link to the delicate works of Elisabeth Bertelmann. Among other subjects, she examines the artistic craft of bobbin lace. First mentioned in the sixteenth century, this craft has been modified and adapted to reflect contemporary tastes throughout every period of art history. It is a highly complex handicraft technique in which threads are woven together using bobbins. Bertelmann sees herself as a continuation of the tradition of the Wiener Werkstätten (1903–1932), a collective of visual artists that advocated for the union of art and craft. The richly detailed collars, brooches, and ribbons presented in display cases are an unusual complement to her models.

Elisabeth Bertelmann’s works are available as one-of-a-kind pieces or made to order and are produced in cooperation with traditional lace makers in Germany.